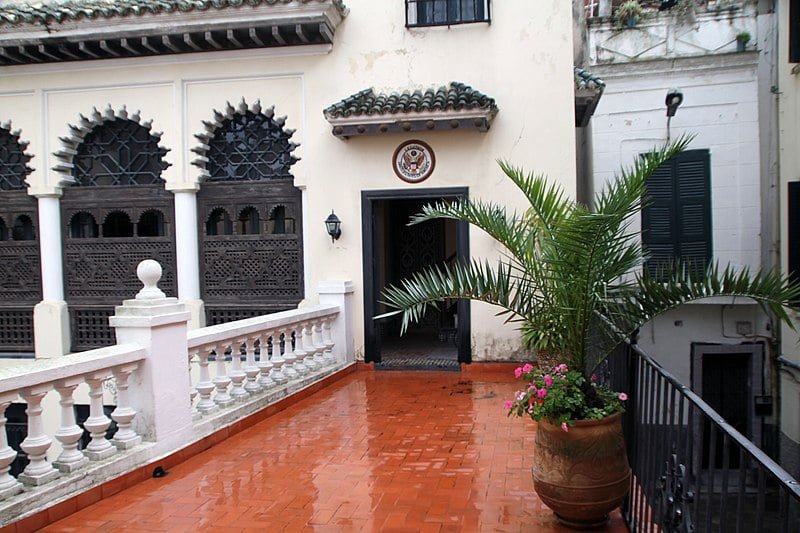 Tangier is a major city in Northwestern  Morocco famous for being Europe’s gateway to Africa for centuries. The mere mentioning of the name Tangier makes many people associate the city with contemporary writers and romantic adventures. This is indeed a dreamy place and is nothing like any other city in Morocco. This is the closest point of Northern Africa to the European continent with a clear sight of the Gibraltar and Spanish coastline. Tangier is the city where the Orient and the West come together in a fascinating mixture reflected in almost everything from architecture to buildings and languages spoken.

Tangier has welcomed artists like Paul Bowles, Tennessee Williams and Truman Capote who came to its serene shores in seek of adventures and great stories to tell. Like many Moroccan cities, there is an old town called Medina and a new town- Ville Nouvelle, and the city is filled with culture and cosmopolitan place.

There are many things to do and sites to visit in Tangier. When visiting Tangier, there are in particular 3 memorable places that must be visited. These are landmarks of local history, Islamic culture, and Western influence.

The Kasbah is located on the top of the hill in the Medina overlooking the ocean. It is a quarter of winding alleys, arcades and a square with snake charmers being the center attraction. This is a pivotal place if you wish to see two continents at once. This ancient fortress is also the home of the Kasbah museum displaying Moroccan arts like traditional furniture, pottery and musical instruments. The museum itself is a fascinating building as it’s been a former Palace built in the 17th century by Moulay Ismail.

American Legation Museum has a particular political and cultural significance not only for Tangier but probably for the entire country. A remarkable historical fact is that Morocco has been the first country to recognize the independence of the United States of America and the Legation has been first established as a diplomatic mission in 1821. Located in the center of the Medina, the place is a cultural center, museum, conference center and a library. An interesting fact is that the American Legation is a museum within a museum as there is a room reserved for the works of Paul Bowles. The Legation is also home for the arts and works of Eugene Delacroix, Yves Saint Laurent and James McBeay. On display are also various local furniture, maps, carpets and objects d’arts demonstrating the relationship between the United States and Morocco.

St. Andrew Church is a true oasis in Tangiers located west of the Grand Socco. This is a 19th century Anglican Church. The construction is a combination of Moorish and Anglo architecture and as a bell tower that looks more like a minaret. The interiors are decorated with deep respect to the culture of the country. Behind the altar, the Lord’s Prayer written in Arabic can be seen on an archway. Although a very small expat congregation belongs to the church, it is a very lively place with people constantly coming in and going out. It’s the perfect save haven to break from the city’s busy life.

Visit Tangier on a Morocco Tour

Experience firsthand these sites to visit in Tangier on a private Morocco tour. If you are interested in visiting Tangier, our travel experts are happy to assist you to plan an unforgettable Morocco tour.