Taste of Morocco and Tunisia – 11 Days

When you book with an account, you will be able to track your payment status, track the confirmation and you can also rate the tour after you finished the tour.
Sign Up
6474 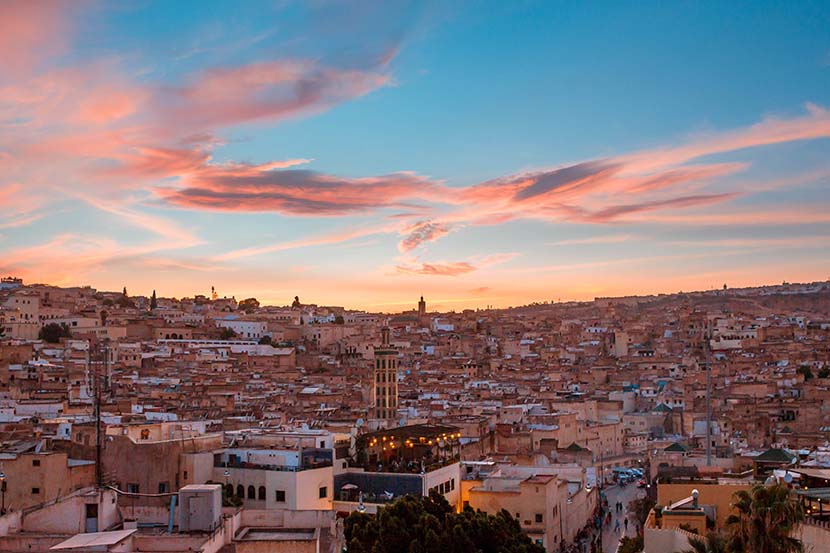 Taste of Morocco and Tunisia – 11 Days

Spend 5 days in Tunisia visiting the largest ancient Roman city of Carthage in North Africa, walk through the picturesque Sidi Bou Said, explore multiple ancient Roman ruins, take a guided tour of the Grand Mosque in Kairouan, visit one of the best preserved Roman coliseum in the world, plus more.

Welcome to Morocco! Upon arrival at Casablanca International airport, you will be met and transferred by private transportation to Casablanca, the economic capital of Morocco. There you will check-in to your hotel and explore some of the city.

Once in Marrakech, you will check into your hotel and then head off to the Djemaa el-Fna, the center square of the medina.  This world famous square is one of the center attractions of Marrakech with its local storytellers, entertainers, and delectable barbeque. It is well worth a visit!  A quiet cup of tea on the terrace of an adjacent café provides a spectacular bird’s eye view of the ongoing activity below.  Enjoy dinner in a local restaurant.

After breakfast, you will have a guided tour of Marrakech. En route you will discover the Palace of the Bahia, the Saadian Tombs, and many other fascinating landmarks. After lunch, you will continue with the tour on to the magnificent Koutoubia Mosque and the famous Djemaa el-Fna, one of the center attractions of Marrakech.

The tour will conclude with a stop by the souk (market) lined with fresh fruit, mounds of spices, intricately woven Berber carpets and many other treasures of Morocco. Late afternoon return to Casablanca for dinner and night.

Afternoon visits of ancient archaeological site of Carthage, once the largest ancient cities in northern Africa. This site holds ruins from many eras of history: the Punics, Romans, Vandals and Byzantines all made claim to this area at some point.

We then continue to the quaint village of Sidi Bou Said, built on and around several hills overlooking the Mediterranean Sea. We will explore its beautifully paved lanes and spectacular sea views. Dinner will be at the hotel/guesthouse.

Continue on to Makthar and Sbeitla.  Sbeitla holds numerous ancient church sites along with intricately designed baptisteries, temples, baths, and the Arch of Diocletian. There is also has a museum which contains a variety of mosaics and other objects found at the site. Dinner will be at the hotel.

In the morning, you will have a guided tour in the Grand Mosque, historic medina, and other sites in Kairouan. Kairouan is also the most famous city in Tunisia for carpets.

Afterwards, continue to El Jem, which hosts a Roman Coliseum and is one of the best preserved in the world. It was constructed between 230 and 238 AD and is believed to at one time have hosted between 30,000 to 45,000 spectators. Take time exploring this enormous structure and do not forget to go down to the rooms where the gladiators waited their upcoming battle. There is a museum in the town that hosts a plethora of mosaics.

Travel to Sousse and if time remains in the day, perhaps you would like to see the archaeological museum, kasbah, and medina. Dinner will be at the hotel.

Today you will follow the coast with your first stop in Hammamet and Nabeul. Although more touristic, it is worth a stop to explore the artisans at work making pottery.

Afterwards, continue your exploration of picturesque peninsula Cap Bon with a stop at Kerkouane, the ancient Punic town. It is also a UNESCO World Heritage site. You will visit the village of Korbus with its famous thermal water source and then explore the grottes (cave) in Houaria. Travel to Tunis for dinner.

Your driver will take you to the Tunis-Carthage International Airport for your departure, thus ending your Taste of Morocco and Tunisia tour.