When you book with an account, you will be able to track your payment status, track the confirmation and you can also rate the tour after you finished the tour.
Sign Up
5504 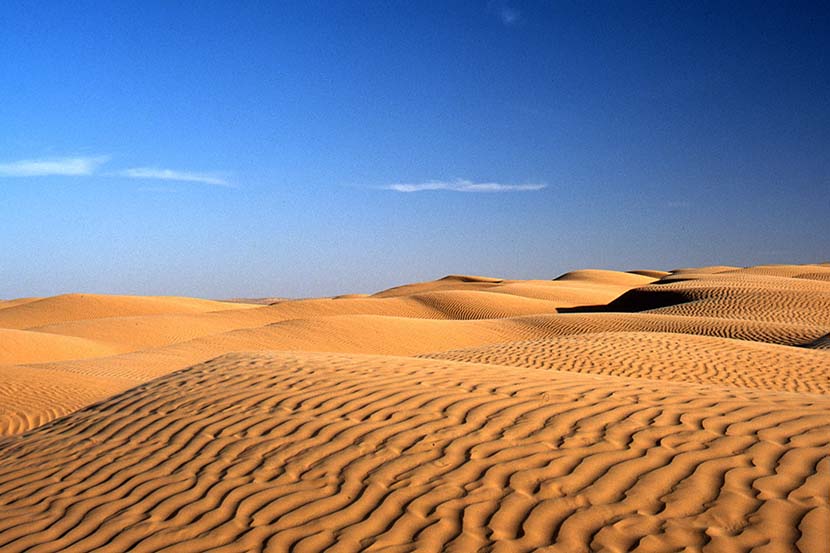 Spend 7 days in Tunisia visiting the largest ancient Roman city of Carthage in North Africa, walk through the picturesque Sidi Bou Said, explore multiple ancient Roman ruins, take a guided tour of the Grand Mosque in Kairouan, visit one of the best preserved Roman coliseum in the world, visit Star Wars film locations, spend a night in the beautiful Sahara desert, plus more.

Welcome to Morocco! Upon arrival at Casablanca International airport, you will be met and transferred by private transportation to Casablanca, the economic capital of Morocco. There you will check-in to your hotel and explore some of the city.

Once in Marrakech, you will check into your hotel and then head off to the Djemaa el-Fna, the center square of the medina.  This world famous square is one of the center attractions of Marrakech with its local storytellers, entertainers, and delectable barbeque. It is well worth a visit!  A quiet cup of tea on the terrace of an adjacent café provides a spectacular bird’s eye view of the ongoing activity below.  Enjoy dinner in a local restaurant.

After breakfast, you will have a guided tour of Marrakech. En route you will discover the Palace of the Bahia, the Saadian Tombs, and many other fascinating landmarks. After lunch, you will continue with the tour on to the magnificent Koutoubia Mosque and the famous Djemaa el-Fna, one of the center attractions of Marrakech. The tour will conclude with a stop by the souk (market) lined with fresh fruit, mounds of spices, intricately woven Berber carpets and many other treasures of Morocco.  After your tour, depart in the afternoon and travel to Casablanca for night. Dinner will be in a local restaurant.

After breakfast your driver will take you back to the Casablanca International Airport, thus ending your unforgettable tour of Morocco.

Welcome to Tunisia! Arrive in Tunis and meet your English Speaking guide and private driver. Take time to rest upon arrival and if time remains explore the historic medina which is a UNESCO World Heritage Site since 1979. The famous Zitouna Mosque, spice market, and the gold souk (market) are sites you don’t want to miss. Dinner will be at the hotel.

After breakfast, you will travel to Carthage, once the largest city in northern Africa.  This site holds ruins from many eras of history, such as the Punic, Roman, Vandal, and Byzantine eras.

You will then continue to the quaint village of Sidi Bou Said located on surrounding hills overlooking the Mediterranean Sea where we will explore its beautifully paved lanes and many spectacular sea views. You may want to have lunch here and then return to Tunis and explore the Bardo Museum.  This is a world-class museum that contains a vast number of important mosaics from the Roman period.  There are numerous rooms in the museum offering artifacts from the Punic to Islamic periods. Dinner will be at the hotel.

Continue on to Makthar to see the famous forum and arc of Trajan, large baths, a basilica and the Makthar amphitheater. After the visit, travel to Kairouan for dinner at the hotel.

This morning, we will visit the grand mosque Okba Ibn Nafaa which was established in 670 AD. You will also visit the mausoleum of the Berber companion of Mohammed, and the Aghlabid pool.

Afterwards, you may be interested in a visit to a carpet-making workshop where you can observe, admire, and learn about this incredible artisan work.  There is an ancient medina with winding streets, which make for a nice place to have lunch.

When you have completed your visits, travel to Sbeitla to explore its archaeological sites. Here you will find the unique Roman mosaic baptisteries and early basilicas, forum, and arches.

Continue to the palm grove and Sahara region of Tozeur. Tozeur is the second largest date palm oasis in Tunisia. Dinner will be at the hotel.

In the afternoon, explore One Jemel, ‘the neck of the camel‘. Travel over barren land and see the Sahara dunes and a Star Wars Mos Espa film location. Return to Tozeur for your night and dinner.

After breakfast travel across the Chott el Jerid, the largest salt flat in Tunisia, and across barren lands until you reach the desert Oasis city of Douz. This city has been nicknamed the ‘gateway to the Sahara’. Visit the small Sahara oasis and market. You may want to take lunch here before traveling to the beautiful oasis of Ksar Ghilane. This oasis is situated right next to the Sahara dunes. Enjoy the natural hot spring or take a quad or camel trek to a Roman fort.

Today you will begin with a stop at Matmata and visit troglodyte museum and homes. For Star Wars fans, this was also another filming location of Luke Skywalker’s interior home.

Continue back north to the town of El Jem, which hosts a Roman Coliseum which is one of the best preserved in the world. It was constructed between 230 and 238 AD and is believed to at one time have hosted between 30,000 to 45,000 spectators. Take time exploring this enormous structure and do not forget to go down to the rooms where the gladiators waited their upcoming battle.  There is a museum in the town that hosts a plethora of mosaics.

Travel to Sousse and if time remains in the day, perhaps you would like to see the archaeological museum, Ribat, and medina.

Depending on your departure time, you will leave Sousse and transfer to the Tunis-Carthage International Airport for your departure, thus ending your Imperial Cities and Sahara Desert tour. 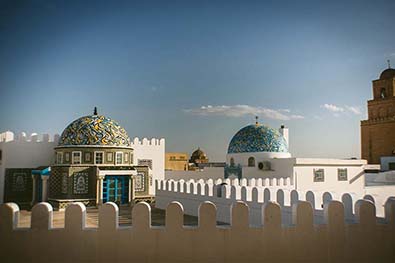 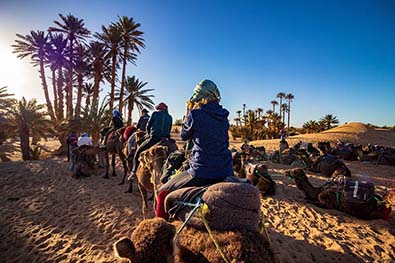