When you book with an account, you will be able to track your payment status, track the confirmation and you can also rate the tour after you finished the tour.
Sign Up
5702 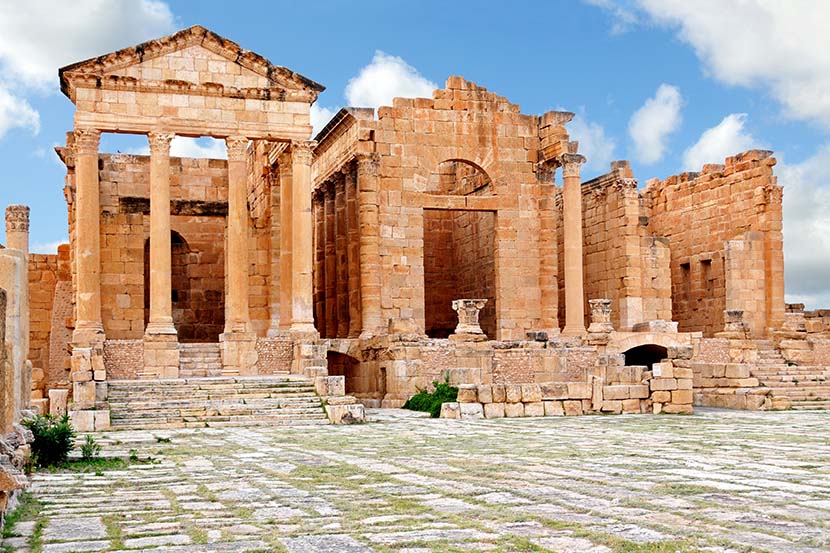 The Explore Tunisia tour will take you exploring some of the best highlights of Northern Tunisia and Southern Tunisia in just 8 days! Take a tour through time exploring the ancient history of Carthage and other major archaeological and historical sites. Travel to Southern Tunisia to take a hike through mountain canyons and explore the beautiful palmery, plus more!

Upon arrival in Tunis, the capital of Tunisia, you will be met by your driver and transferred to your hotel.  If you have an early arrival, you will visit the historic Tunis medina. The ancient Medina (old city) and ‘souk’ is the traditional market of Tunis.  You will make your way through narrow lanes and alleyways stumbling upon local artisans such as copper, leather and wool workers and intricately designed carpets. You will also pass by the famous Zitouna Mosque.

After breakfast, your driver will transfer you to the Bardo Museum for a visit. This museum contains a vast collection of important Mosaics from the Roman period.  There are numerous rooms in this world-class institution offering artifacts from the Punic to Islamic period.  This is one museum that you will not want to miss!

After lunch, we visit the ancient archaeological site of Carthage, once the largest ancient cities in northern Africa. This site holds ruins from many eras of history: the Punics, Romans, Vandals and Byzantines all made claim to this area at some point. We then continue to the quaint village of Sidi Bou Said, built on and around several hills overlooking the Mediterranean Sea. We will explore its beautifully paved lanes and spectacular sea views.

After breakfast you will travel to Dougga, the Roman Archaeological site. This enormous site is one of the best preserved Roman ruins in Tunisia, and it is recognized as a UNESCO World Heritage site. The site overlooks the vast regions surrounding it and it’s not uncommon to see locals herding their sheep through the Roman ruins.

Continue on to the Roman site of Makthar. Here you will see a Roman Forum, Trajan’s arch, a Vandal Church, and much more. Then you will travel to the important Islamic city, Kairouan. Dinner will be at the hotel.

This morning we will visit the grand mosque Okba Ibn Nafaa and the mausoleum of the Berber companion of Mohammed.  Afterwards, you may be interested in a visit to a carpet-making workshop where you can observe, admire, and learn about this incredible artisan work.  There is an ancient medina with winding streets, which is well worth the visit!

When you have completed your visits travel to Sbeitla with its numerous mosaics, churches, baptisteries, temples, baths, and the Arch of Diocletian. Do not forget to leave time to visit the museum. When you are done travel to Tozeur. Dinner will be at the hotel.

Morning departure for El Jem. The Roman Coliseum in this city is one of the best preserved in the world. It was constructed between 230 and 238 AD and is believed to at one time have hosted between 30,000 to 45,000 spectators. Take time exploring this enormous structure and do not forget to go down to the rooms where the gladiators waited their upcoming battle.  There is a museum in the town that hosts a plethora of mosaics.

Travel to Sousse and if time remains in the day perhaps you would like to see the archaeological museum and medina. Dinner will be at the hotel.

After breakfast, you will visit the coastal towns of Hammamet and Nabeul, which are known for its sandy white beaches, crystal clear blue sea water, and beautiful gardens.

Afterwards, continue your exploration of picturesque peninsula Cap Bon with a stop at Kerkouane, the ancient Punic town. It is also a UNESCO World Heritage site. You will also see Houaria (the tip of Cap Bon) and Korbous (a natural hot spring). Return to Tunis for night.

After breakfast, you will be transferred to the airport for departure thus bringing to a close an unforgettable Explore Tunisia tour. 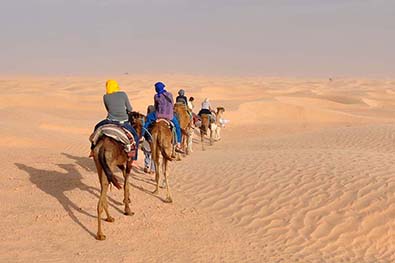