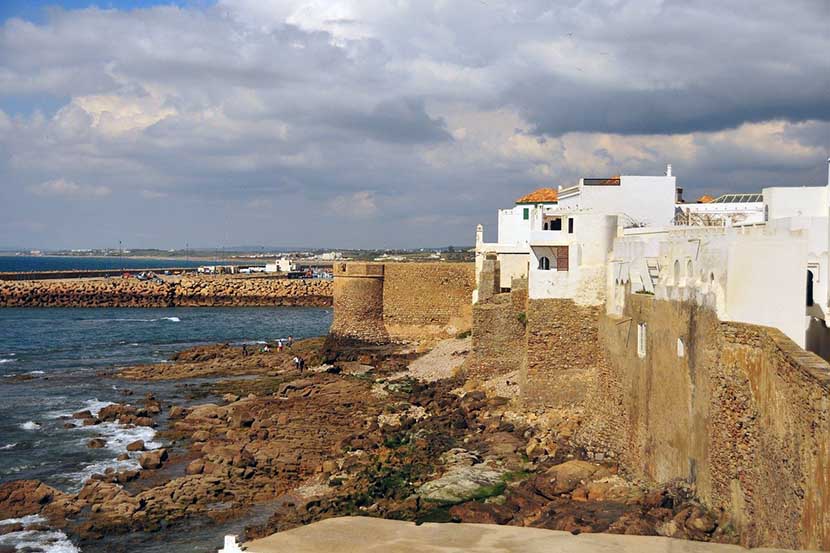 Some of the hidden gems of Morocco are the coastal towns of Larache and Asilah. Both are located in the northwest part of the country overlooking the ocean. Travelling the coastline one cannot escape the beauty and charm concentrated in these little hidden places.

Arriving in Larache, it is important to know that this is a major harbor town and is considered to be established by the Banu Arous tribe that officially gave it the name of Araich Beni Arous. Larache’s history is one filled with many battles and wishes by the French, Spanish and Portuguese to establish their ruling. In 1489, the Portuguese established the Graciosa fortress not far away from Larache which later became a pirate stronghold. It was Moulay Ismail who finally conquered the city in 1689 and the city remained in Muslim’s hands till 1911 when during the colonization era the Spanish took Larache and held it till 1956.

The most spectacular sightseeing is the ancient site Lixus, located north of the Larache’s seaport next to the bank of the Loukkos River. Built in 1180 BC by a Berber king, Lixus has been one of the ancient cities of the Kingdom of Mauretania. It was later on settled by the Phoenicians only to become part of ancient Rome following the fall of Carthage. Larache is believed to be where the mythological garden of the Herperides, the keepers of the golden apples, was located.

Nowadays, Larache is bearing the landmarks of Berber, Arab and Spanish rulings. You can see typical Moorish architecture mixed with Andalusian style houses in the new part of the town.

Up to the North is the city of Asilah. This is a fortified town overlooking the ocean, just 31 kilometers from Tangier. The city is fascinating with its ramparts and gate-works that have remained fully intact. It was also a pirate base under the leadership of Moulay Ismail before it became part of the Spanish Morocco in 1912. Nowadays the city is a popular seaside resort and a place reconstructed with modern holiday apartment house complexes. Asilah is vibrant with color and the city hosts annual music and arts festivals, including the picturesque mural-painting festival.