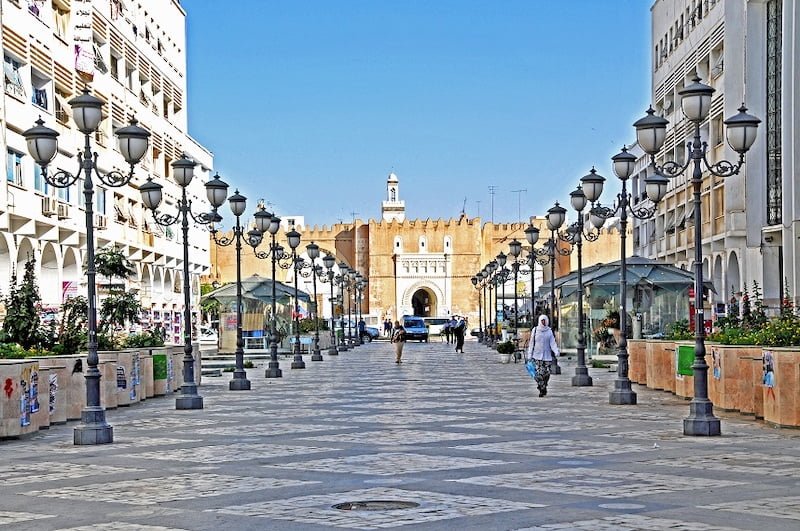 Sfax is the second largest city in Tunisia and also contains the second largest port in the country. The city of Sfax is economically robust and is the heart of industry in the south. The Sfaxians living in this industrial city are known for their high value on their industrious nature.

Although Sfax is not well known for its tourism, this historic city holds one of the most authentic medinas (market) in Tunisia. The medina in this unsuspecting city still remains fully fortified with a thick wall surrounding the entire medina. This medina still functions much the same way it would have years ago. The bustling marketing within the medina with its long alleyways of shops lined with various goods make the medina an appealing attraction for many visitors. One of the main landmarks within the medina is the Great Mosque of Sfax with its 9th-century minaret. The architecture of the medina gates is also very spectacular.  Part of the film “The English Patient” was filmed here.

There are several recommended hotels in Sfax to stay in if you desire to spend the night. When you are on your tour of Southern Tunisia, make sure to leave some time to explore the historic gems found in Sfax.

If you are interested in visiting Sfax, our travel experts are happy to assist you to plan an unforgettable Tunisia tour.