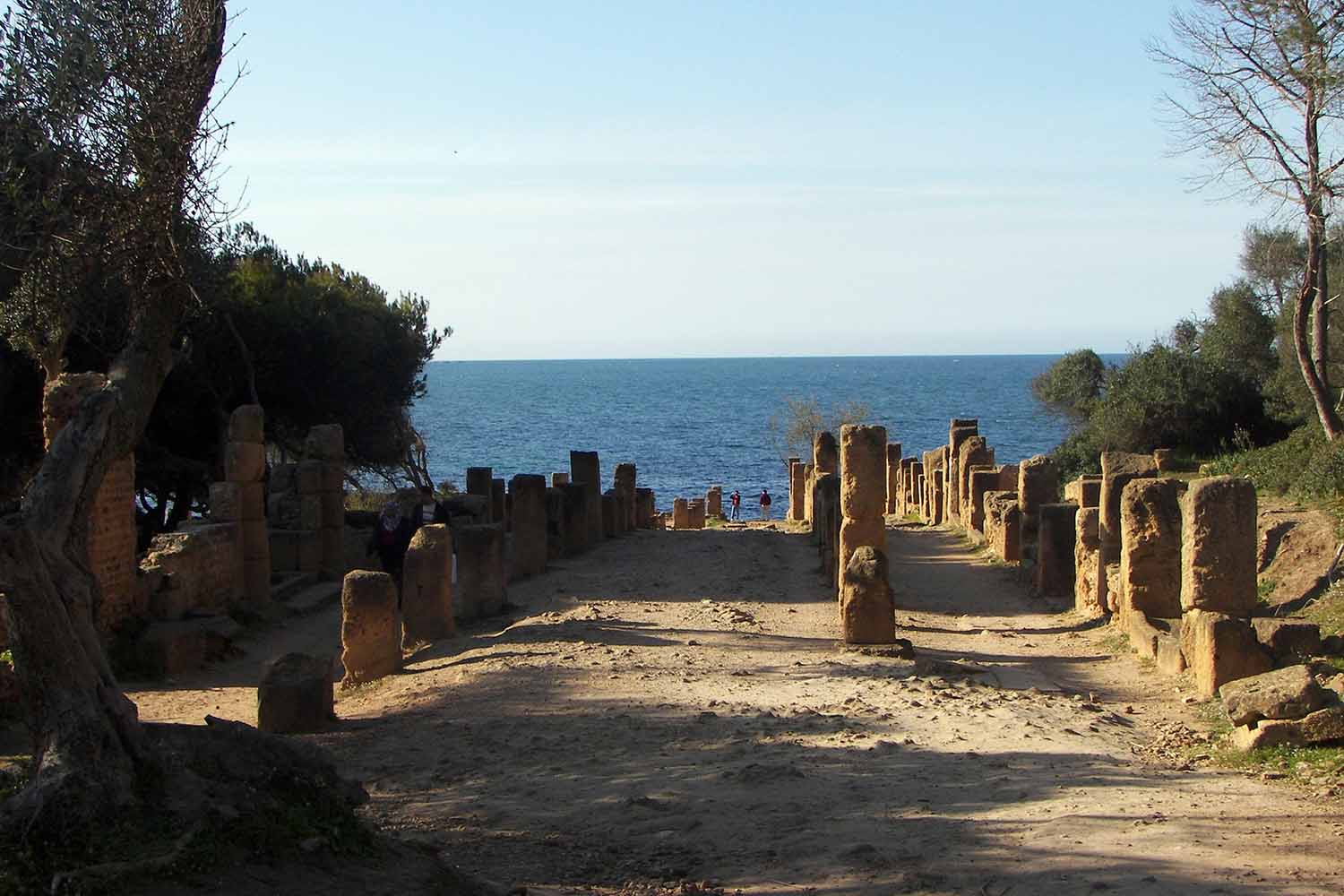 Tipaza or ‘Tipasa’ is a small coastal town in the northern part of Algeria at the foot of Mount Chenoua. The language of the locals is Berber and the town is sheltered by Chenoua.

This port-city was an ideal site chosen by the Phoenicians travelling to the Pillars of Hercules (Gibraltar). The remains of the period demonstrate the historical importance of the city.

There is little information or writings about the history of Tipaza. Recently, it has been accounted that Tipaza was established by the Carthaginians around the 5th century BC.  The city flourished under the ruling of the Numidian king Juba II and became a center for the Greco-Roman culture in North Africa. The city later became the extension of Caesarea. In the 1st century AD, under the ruling of Claudius, the city became a Latin colony and later in the 2nd century it was a Roman colony.

Tipaza was also a central place for African Christianity. Religious monuments, basilicas, and inscriptions attest that there was once a Christian influence in Tipaza as well as nearby African cities.

The contemporary city was founded in 1857. It is the home of beautiful beaches and ancient historical ruins. The museum’s collection is rich with pieces of the Antiquity and displays fragments of Punic stela cult of Tanit and Roman statues.

If you are interested in visiting Tipaza, our travel experts are happy to assist you to plan an unforgettable Algeria tour.