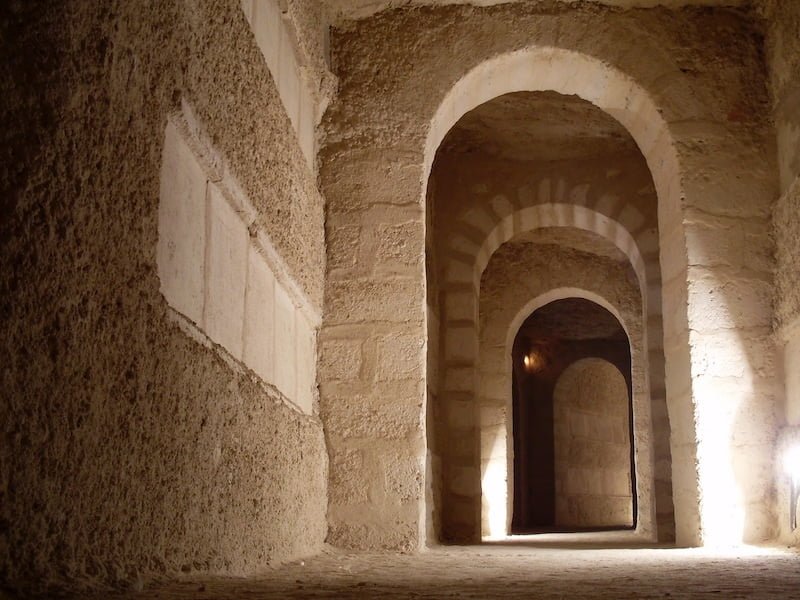 The catacombs of Sousse are an ancient underground necropolis used by the Christians to bury the dead. The Sousse catacombs consist of galleries stretching over 5 kilometers and containing more than 15,000 graves mostly from the 4th and 5th centuries. Due to the changing landscape of Sousse, many of the excavations haven’t been completed. The only gallery that is open for the visitors is known as the catacombs of the Good Pastor and its ancient walls are the home of nearly 6,000 graves.

The creation of the catacombs is deeply rooted in Christianity and the persecutions by the Roman authorities for more than four hundred years. As they were not allowed to bury their dead in the common cemeteries, the catacombs appeared. These are underground passageways used for burial and religious rituals.

In the provinces of Tunisia, the Christians were subject to the same extreme persecutions and outrageous killings. Archaeologists and historians largely believe that these ancient passageways are scattered all over the country.

The catacombs of Sousse were discovered by the French army in the 19th century and are worth visiting when in the city. Besides the catacombs of the Good Pastor, another two have been completely excavated – the catacombs of Hermes and Severus. There are four in total but the last one is still buried. The tombs are built in the walls of galleries on two or three levels. At regular intervals, there are small niches containing oil lamps used to light the labyrinth. These unofficial cemeteries were used as shelter and a place for prayers for those that were severely persecuted.  It has also been marked with artistic creations and evidence of such work is exhibited in the museum of Sousse – marble carvings, epitaphs, and sacred symbols.

When planning to visit the catacombs, you may wish to seek the services of a guide. Thus you will learn about the burial rituals and the history of this place. If you are interested in visiting the catacombs of Sousse, our travel experts are happy to assist you to plan an unforgettable Tunisia tour.

**(01 August 2022) Unfortunately, the catacombs in Sousse have been closed to the public with no known re-opening date.

Joshua Mok is a cultural enthusiast and adventurer who can speak 6 different languages. Joshua currently lives in Tunisia and has firsthand experience with the language, people, and culture of North Africa. At Mosaic North Africa, Joshua is combining his business marketing expertise with his passion for travel to help others discover and enjoy the cultural and historical beauties of Tunisia, Morocco and Algeria.
PrevNext
2 Responses