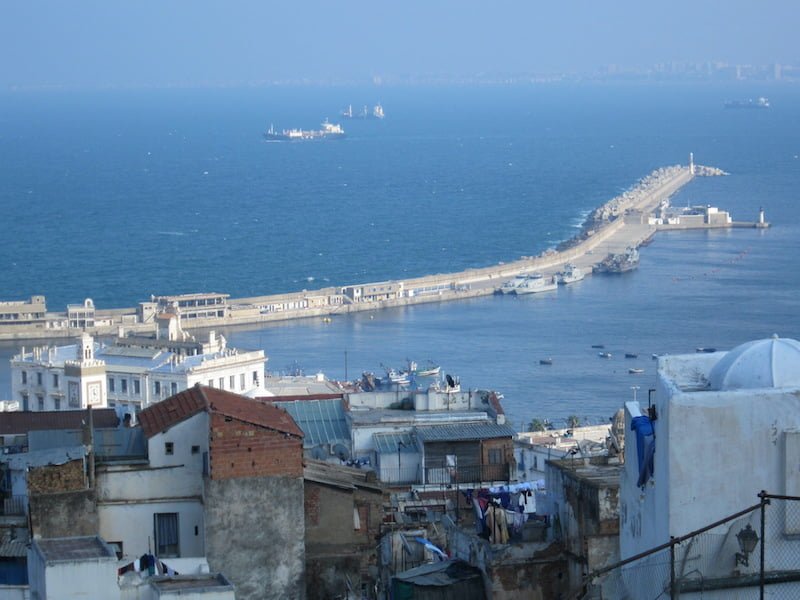 Algiers, the capital of Algeria, should not be overlooked by travelers, and if you are visiting Algeria make sure you leave at least one or two full days to fully enjoy this city. The city is situated beside the Mediterranean Sea and the Atlas Mountains. It was originally founded by the Phoenicians but was overthrown by the Romans around AD 145, and finally was given over during the Arab invasion in the 7th century. Algiers gained independence from France on July 5, 1962, and the classic film ‘The Battle of Algiers‘ shows the intense struggle between Algeria and France during that time.

Sites to see in Algiers:

The Casbah: this UNESCO World Heritage site is a must-see. The Casbah includes the High Casbah and Lower Casbah. The Citadelle (construction began around 1515) is located in the High Casbah and from here you will wind through the narrow allies, walk past historic mosques, and to enjoy views over the Mediterranian. Although there are still security risks traveling alone into this maze-like district of Algiers, do not let that scare you off. We provide a guide who will take care of you during your visit.

Museum of Antiquities and Museum of Islamic Art: Here you will discover ancient Islamic art and a variety of artifacts found at Roman sites such as Tipasa, Cherchell, and Djemila. Enjoy the beautiful mosaics found here.

Monument Makham Ech Chaid: This large monument (92 meters tall) stands on a hill in the Le Madanina district. This monument was set up to remember the Algerians who died during the war of independence from France. The views from here over the city and Sea are fantastic. There are also cafes and restaurants nearby.

These are only three of many sites to see in Algiers. There are also excellent day trips from Algiers to the Roman city of Tipaza or the Tomb of the Christian. If you are looking to travel to Algeria, please contact Mosaic North Africa and we can arrange your Algiers city tour.