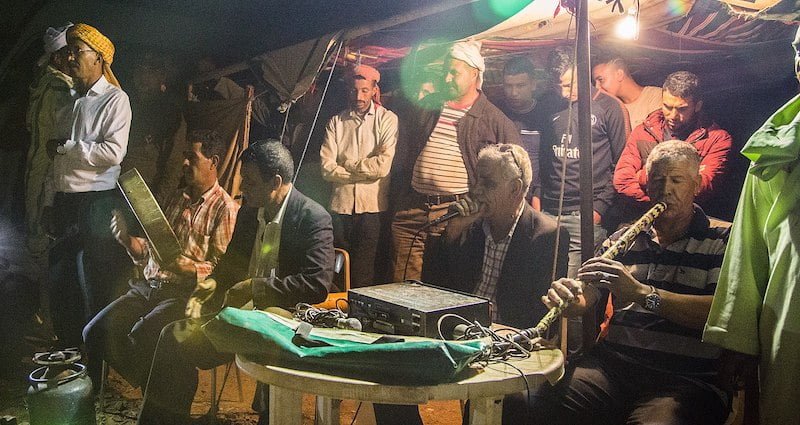 Rai is one of the main musical genres in Algeria that can be heard from different parts of the country. This type of music is played by the young people in Oran and Algiers.

What Does Rai Mean?

What does Rai mean? Rai means opinion, destiny, experience, and vision of choice. Since its inception, Rai singers expressed their views on the problems of Algerians. In the 30s, singers from Oran like Ben Yamina or Boubahi used Rai to express their views of politics.

Today there are two types of Rai – traditional and modern.

Traditional Rai originates from the 1970s when the traditional instruments of Arab music were used like the darbuka and bendir. The form of Rai is much more liberal than classical music, it also includes the usage of Arab dialect which gives considerable closeness to the people. Rai singers are quickly forced to invent a code language to enable them to tackle difficult subjects. The 1950’s mark the arrival of women in Rai in particular Sheikha Remitti (gataa Charak) whose outspoken songs irritated many of the traditionalists.

Traditional instruments of Rai (flute, darbuka, and bendir) accommodate new instruments (violin, accordion, acoustic guitar, lute) including electric guitar and wah-wah pedal as in the music of Mohammed Zargui or trumpet and saxophone like in the songs of Bellemou Messaoud. This trend continues with the Cheb (the young) and they will give a new dimension to Rai using electronic instruments and create what is today referred to as modern Rai.

If you are interested in visiting Oran, our travel experts are happy to assist you to plan an unforgettable Algeria tour.