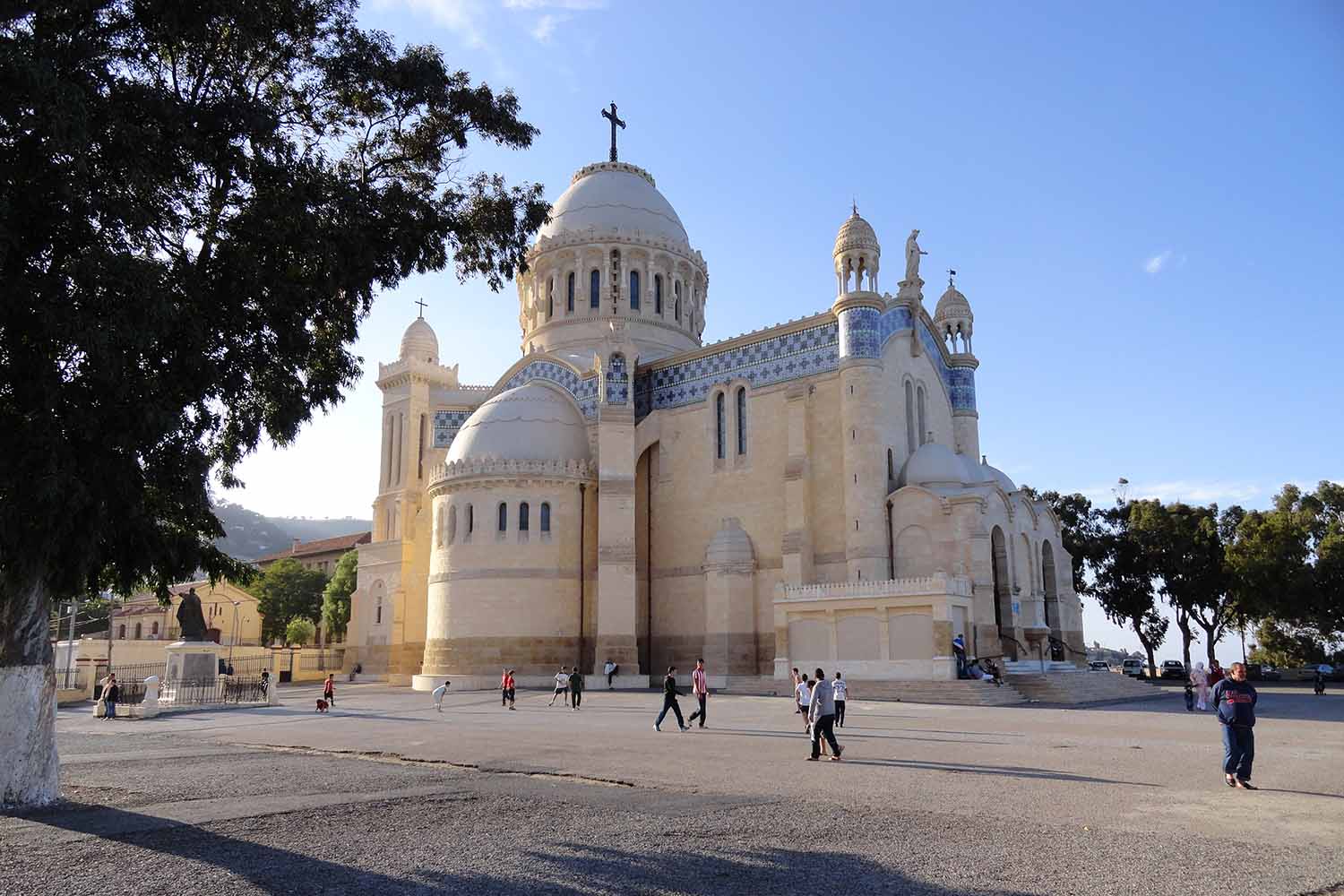 Notre Dame d’Afrique (Our Lady of Africa) is a 19th century Roman Catholic Basilica in Algiers, Algeria. The basilica was founded by Charles Lavigerie and was eventually inaugurated in 1872 after 14 years of construction. Its architect, Jean Eugène Fromageau, who had been chosen the chief architect for ecclesiastical buildings in French Algeria in 1859, employed a Neo-Byzantine style. Its floor plan is unique and atypical as the choir is located on the southeast instead of the normal east side of the building.

The basilica contains 46 stained glass windows installed in the 19th century. They were blown out during a bombing of the area in April 1943 and have been restored twice since the end of World War II. The basilica was also damaged by the 2003 Boumerdes earthquake. A renovation project was initiated in 2003 by Henri Teissier, the the archbishop of Algiers, but the actual development work did not begin until the spring of 2007. The entire project took 3 years to complete.

The Notre Dame d’Afrique is seen by many as a sign of religious tolerance in a country which is predominantly Muslim. The inscription on the curved wall behind the altar has the words, “Notre Dame d’Afrique priez pour nous et pour les Musulmans“, which translate to “Our Lady of Africa, pray for us and for the Muslims“.

Check out some of our popular Algeria tours that include visits to Algiers and many other historical, cultural and religious locations.