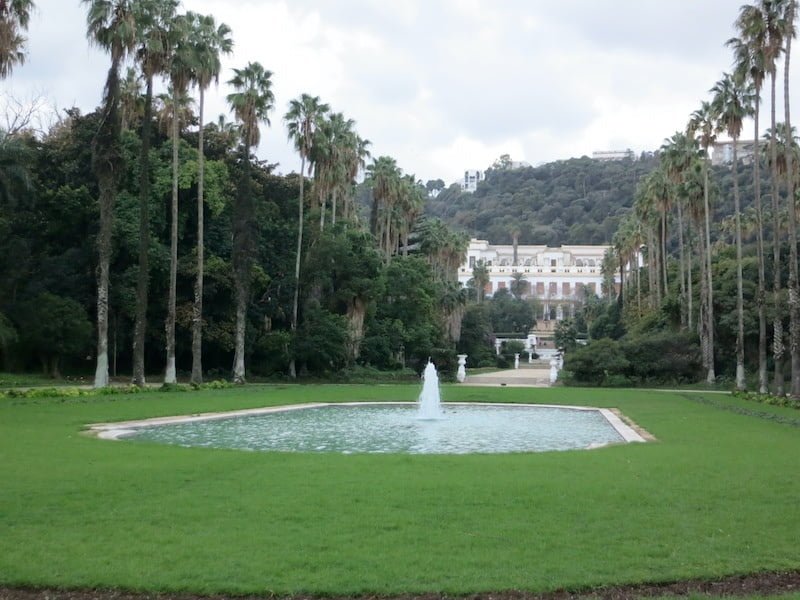 The National Museum of Fine Arts was built in Algiers in 1927. The building is on the forest hill of the Hamma quarter in the heart of the majestic Algerian Bay and the green scenery of the Jardin d’Essai.

The Museum is surrounded by several monumental heritage sites like the Algiers Villa Abd- El-tif, the Turkish mansion from the 17th century, the Cervantes cave with its Hamma fountain, Maquam Echahid, recognized for its high significance in the Eastern culture that stretches as far as the National Library.

Its collection is considered the most important for Algeria and even in the African Continent. The arts cover the Arabic world depicted in many paintings, textile cloths, engravings, and small objects of art. It is the home of sculptures, decorative art, ceramics, and glassware collection. The formation of this complex is the result of substantial purchases that were made in the first half of the twentieth century and brought over by some of the largest galleries, international artists, and collectors.

The National Museum of Fine Arts is constructed over an area of over 4000 square meters adjacent to a garden and comprises three exhibition levels.

The first level is the Gallery of Bronze, beautifully represented by the statue of Bourdelle, the “Herakes Archer”. The second floor contains permanent historical collections, the Library, and the Print Room. It is all nicely surrounded by Pergola suspended gardens. An intermediate floor has the space for hospitality and relaxation: a panoramic terrace, a reading room, a cafeteria, and teaching ateliers.

In the museum, you will also find important names in the history of art which are represented: Courbet (The Old Bridge), Pissarro (Woman at Her Window), Gaugin (Landscape of Britain), Renoir (Spring Landscape) and Matisse (Le Jardin de Renoir in Cagnes). Apart from the space on the second floor that houses the works of the first generation of Algerian painters- Yelles Bashir Hemche Abdelhalim, Mohamed Bouzid, Mesli Choukri, Issakhem M’Hamed, the National Museum of Fine Arts has also devoted much of its first-floor space to the Algerian art of the twentieth century. The art of the great Algerian artist, Mohamed Racim is viewed as a national treasure and is exhibited in a separate room.