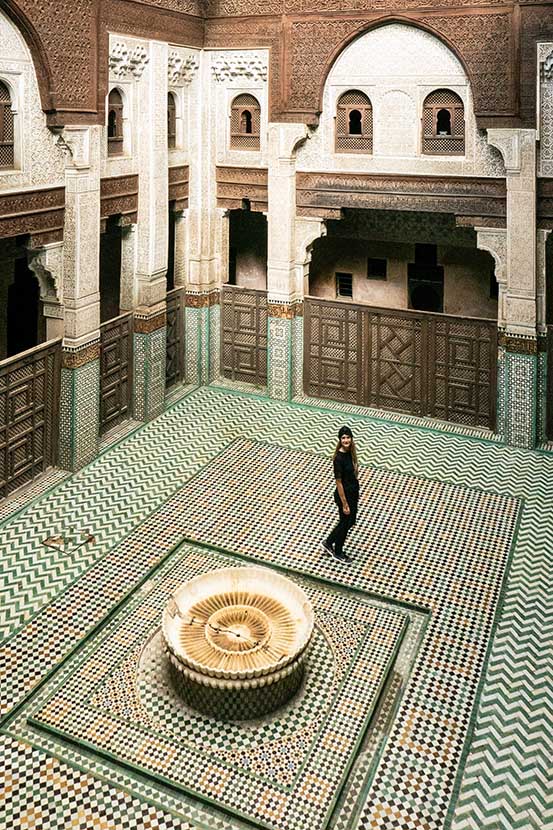 Situated about 140 kilometers east of Rabat, Meknes is one of the Moroccan imperial cities. The name Meknes is intimately bound to Moulay Ismail, the Alaouite sultan. But the origins of the city go further back to the 10th century when the Meknassa tribe settled on the banks of the Oued Boufkrane founding Meknassa Zeitouna and Meknassa Taza.

Today, Meknes rises at the center of an extremely rich region characterized by flourishing agriculture. It’s landscape is covered with olive groves and  by Oued Boufekrane which separates the city into two distinct parts: the old city (medina) to the west and the new city to the east.

Meknes is also an excellent tourist town with good infrastructure. The medina preserves and maintains the remembrance of its prestigious past. A fine view of the medina with its minarets rising skywards is to be had from the new town. Subsequently departing from the gate of Bab el-Hedim one can begin the visit of the historic medina. Place al-Hedim is situated at the center of the old town. On the south, the most impressive and majestic city gates rise up: Bab el Mansour el Aleuj. Its construction begun by Moulay Ismail but was not finished until after in death in 1732. On the opposite side of the square is a building called Dar Jamai which the vizier Jamai built while serving the sultan Moulay el Hassan.

At present, this palace is the home of the Museum of Moroccan Art. On leaving the museum, the Rue Sekkakim leads to the Bab Barrima. The Rue des Sarraira joins the Rue des Nejjarin where carpenters and other artisans can be seen at work.

Facing the medrassa is the Great Mosque, the most important religious monument in Meknes. Further on is the Kissaria, a cloth and carpet market. Once you cross the medina, you will see the E Mansur Palace, the Er Zitoun Mosque, and the Bab el Berdaine , the northern gate of the old city.

In the vicinity, make sure to not miss the mausoleum of Moulay Ismail, and the Dar al- Makhzen, the Imperial palace built in the 17th century.