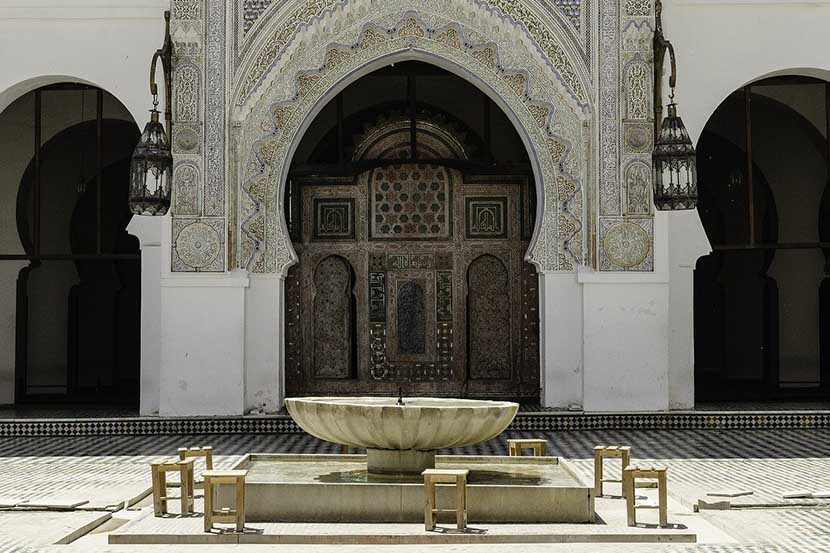 The Kairaouine mosque is also one of the most important mosque’s in Morocco and governs the timing of all Islamic festivals across the country. Non-Muslims are not allowed to enter the mosque. The Kairaouine Mosque was founded in 857 by Fatima al-Fihri, the daughter of a affluent refugee from the city of Kairouan in Tunisia. Fatima and her sister Mariam inherited a great deal of money from their father, and Fatima vowed to spend all of it on a proper mosque for the Tunisian community in Fes.