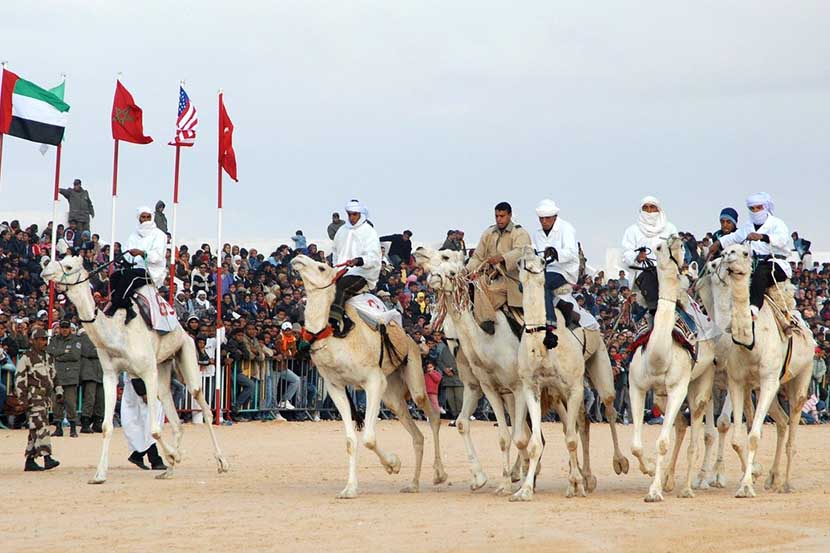 Discover the beautiful culture of Tunisia at one of the many festivals in Tunisia. Almost every city has its own annual events and celebrations, most of which are focused on music and art. The most important festivals are held during the summer time when the country has many visitors. From traditional camel racing to storytelling to live music concerts, the festivals in Tunisia are always full of culture, energy and fun.

The following is a list of some of the most popular festivals in Tunisia that you should know about when visiting Tunisia:

– Ashura is a traditional Muslim holiday for mourning. It is usually held on the seventh day of February and is associated with lighting of fires.

– Festival of Ksour is an annual event that celebrates dance and music. The festival is held at Ksar Ouled Soltane.
– Mediterranean Guitar Festival is a modern event held at the capital Tunis. This is a major event for musicians from the country and the rest of the world that come together to play rock, reggae and heavy metal.

– Djerba TV Festival is an interesting international event held at the beautiful island of Djerba.
– Jazz in Carthage is a ten day festival for all jazz lovers that wish to combine the beauty of the music with the romanticism of the surroundings. The festival is held at the Hotel Barcelo Carthage Thalasso.
– Transahara Run is a car race event where competitors have to find the quickest way to cross the territory from Tunis to the Atlantic Ocean. The journey is not an easy one as the route crosses the Sahara Desert.
– Grand Prix de la Ville de Tunis is another annual one-day cycle race that gathers professional cyclist into competing against each other. This competition is part of the UCI Africa Tour.

– Lag B’Omer Pilgrimage is a special festival for the members of the Jewish community in Tunisia that travel to the La Ghriba Synagogue in Djerba.

– International Festival of Sfax is a world known event for all musical styles from pop to classic. The festival gathers musicians from all over the world for a grand performance in the city of Sfax.
– Horse Festival is a great event to visit if you love horses and racing. The cities where the festival is held is Meknassy and Sidi Bouzid.

– International Festival of Bizerte is a parade filled with music and dance performances.

– Coralis Diving Festival in Tabarka is an inspiring two-days event during which the country celebrates the variety of the marine life with underwater photography, spearfishing competitions and underwater treasure hunting.

– Carthage Film Festival is a popular event held for the first time in 1966. It is the stage for directors from Africa, the Middle East and Maghreb to show their talent and artistic creativity in the film art.

– International Festival of the Oasis is held in the town of Tozeur. Besides the dancing, playing of music and camel racing, the program of the festival includes storytelling.
– International Festival of Sahara in Douz is well-known attraction for tourists. The festival is known for its rich agenda of traditional activities including music, dance, theater, camel racing and military horseback riding.

Plan a Visit to Tunisia

Participating in one of the many festivals in Tunisia is a great way to experience Tunisia. If you are interested in visiting Tunisia, our travel experts are happy to assist you to plan a Tunisia tour that could include one or more of these festivals in Tunisia.