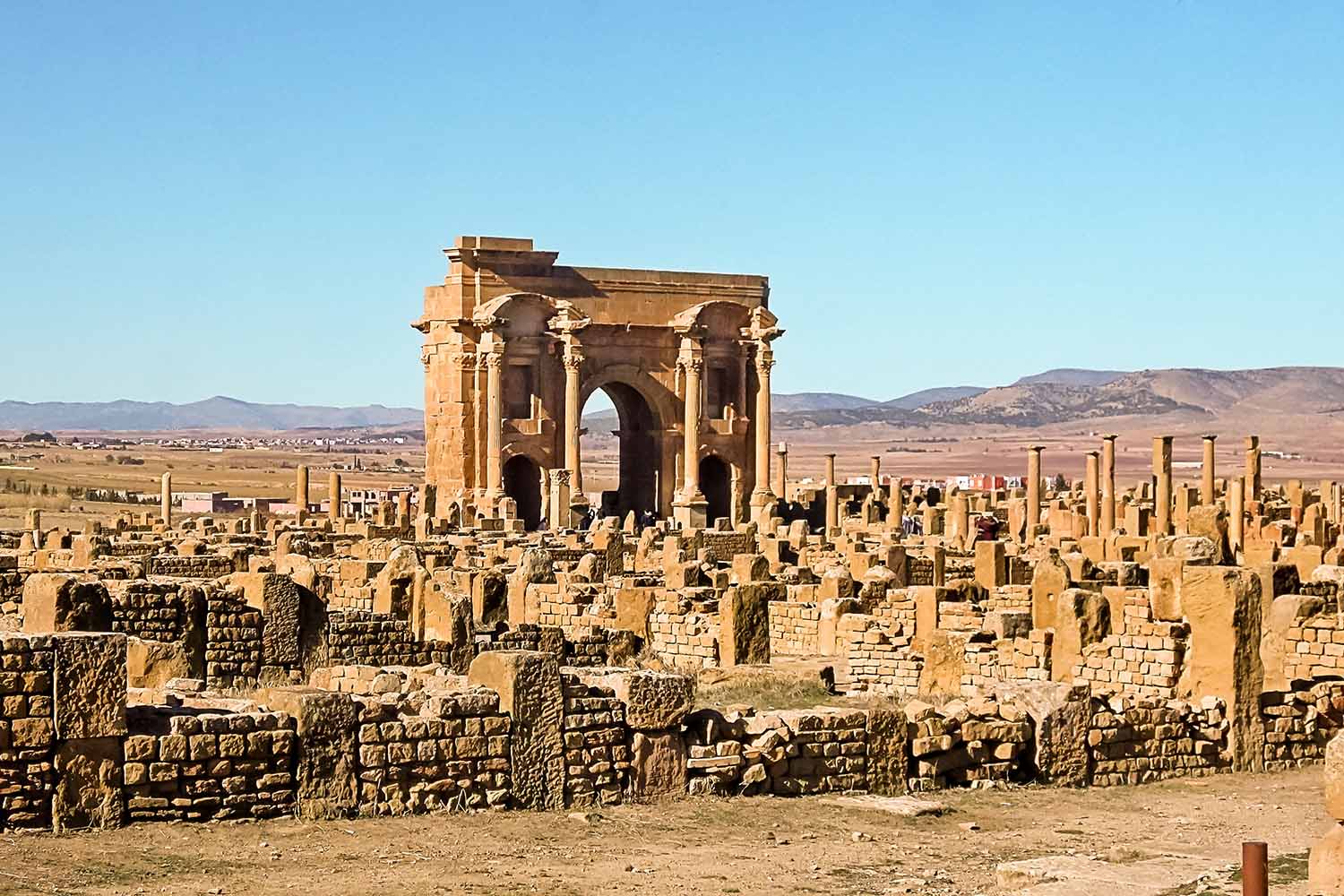 Algeria is a country that possess incredible historical heritage that has been recognized and included in the UNESCO Heritage List. These UNESCO World Heritage Sites in Algeria are of great cultural importance and include:

Al Qal’a of Ben Hammad is an archaeological site in Algeria that is the home of the remains of the countries 2nd largest ancient mosque set against the mountains. Its minaret is nearly 30 meters high and is the prototype of the famous Seville mosque. Wandering around the ruins of the Palace of the Lake can give you a glimpse of the life led during the 11th century under the Hammadite Empire.

UNESCO describes the site as follows: “In a mountainous site of extraordinary beauty, the ruins of the first capital of the Hammadid emirs, founded in 1007 and demolished in 1152, provide an authentic picture of a fortified Muslim city. The Qal’a of Ben Hammad is a remarkable archaeological site. It has influenced the development of the Arab architecture as well as other civilizing influences, including the Maghreb, Andalusia and Sicily.”

Djemila is a mountain village near the northern coast east of Algiers. It houses some of the best preserved Berber-Roman ruins. The village has been included in UNESCO’s list for its unique adaptation of Roman architecture in a mountain environment. The local museum displays one of the world’s richest collections of Roman mosaics from a single site.

Casbah of Algiers has been recognized for its fascinating labyrinth. Located in the capital of the country where the Berber-Arabic-Franco modernization meets the old world. You can marvel at the overabundance of French colonial buildings, appreciate the 18th century Ottoman grandeur of the Palais des Rais or explore the museums.

M’Zab Valley and Ghardaia are located in the northern edge of the Sahara. This is rightfully UNESCO World Heritage Site rich in culture, history and tradition. Much of the 1000 year old customs have been preserved and continue to be practiced even today.

Tipaza is another historically important site that is part of the UNESCO World Heritage List. The archaeological site of Tipaza is one of the most extraordinary archaeological complexes of the Maghreb. It bears exceptional testimony to the Punic and Roman civilizations. This is one of the most visited Roman ruins site in Algeria. It is an hour drive away from Algiers.

Timgad has been classified by UNESCO as “an excellent example of Roman town planning…a compelling image of the grandeur of Rome on Numidian soil“. Founded in 100AD as a military colony by Emperor Trajan, Timgad depicts the way of living typical for the Romans. The site itself is a bit isolated in the Aures Mountains which makes it less frequented but should not be missed!

If you are interested in visiting UNESCO World Heritage Sites in Algeria, our travel experts are happy to assist you to plan an unforgettable Algeria tour.