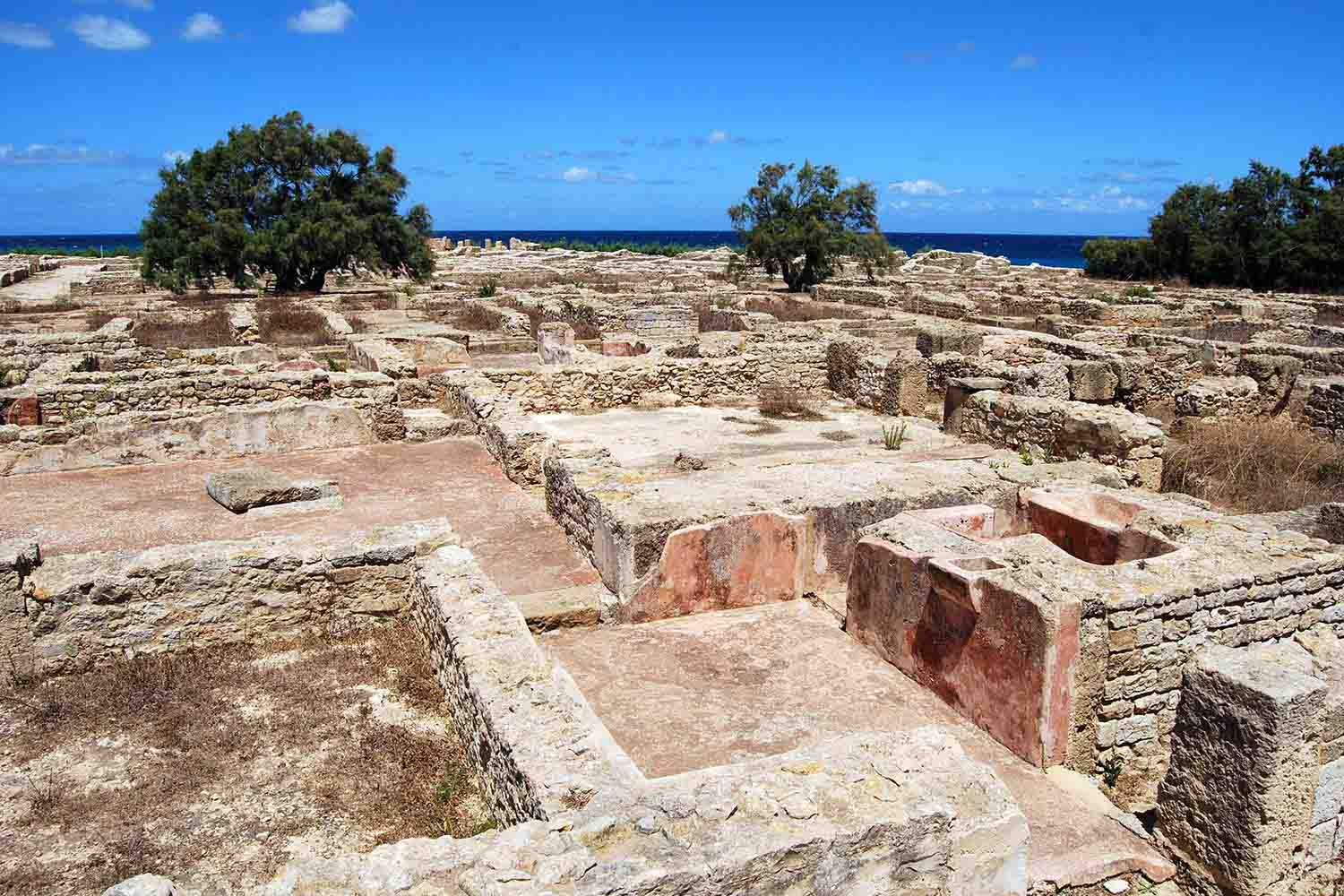 The following is a list of the UNESCO World Heritage Sites in Tunisia:

The Amphitheatre of El Jem is the first site in Tunisia to be added to the UNESCO World Heritage List. Built during the 3rd century, this is North Africa’s largest amphitheatre. It is 149m long and 122m wide and today rises to a height of 40m. It is the largest amphitheatre built outside of Italy. It could host 35,000 spectators, and shows the extent of the Roman empire in Tunisia.

According to UNESCO, the archaeological site of Carthage is described as the “home to a brilliant civilization“. The city of Carthage was founded in the 9th century BCE as a Phoenician colony.  It was considered the capital city of the ancient Carthaginian civilization dominating the Mediterranean Sea. This city was in ruins in 146 BCE during the Punic Wars at the hands of the Romans, but was later rebuilt.

Dougga, or Thugga, is an ancient Roman city in northern Tunisia located within an archaeological site that covers an area of approximately 75 hectares. The site features the ruins of Dougga, a former capital of a Libyan-Punic state, which flourished under ancient Rome and the Byzantine Empire, but declined in the Islamic period. These ancient ruins stand as a testimony to over 17 centuries of history and a unique integration of Numidian, Punic, Hellenistic, and Roman cultural influences.

Ichkeul Lake and the adjacent wetlands is a destination for hundreds of thousands of migrating birds, including ducks, geese, storks and pink flamingos.

The city of Kairouan is generally regarded as the 4th holiest city in Islam (after Mecca, Medina, and Jerusalem). The Great Mosque of Kairouan was the first Muslim place of prayer in North Africa and remains an important pilgrimage destination today. Kairouan is also the oldest Muslim city in the Maghreb.

This former capital was founded in 670 and flourished during the 9th century. Its heritage includes the Great Mosque of Okba and the Mosque of the Three Gates.

The coastal city, Sousse, is Tunisia’s third largest city in and is known as the ‘Pearl of the Sahel‘. The medina of Sousse is a major example of a town from the early Islamic era. The city was a significant port during the 9th century. The medina ‘old city’ is a labyrinth of winding streets, unique shops, and many unique attractions including a Great Mosque which dates back to 850 AD.

The medina of Tunis holds 700 monuments, including palaces, mosques, mausoleums, madrasa hand fountains, testifying to Tunis’ golden age from the 12th to the 16th century. The famous Zitouna Mosque is located in the center of the Tunis medina.

8. Punic Town of Kerkuane and its Necropolis

Located in Cap Bon, the ancient punic town of Kerkouane was abandoned in 250 BCE during the First Punic War. It is the only existing example of a Phoenicio–Punic settlement. The ancient ruins remaining today reveals the architectural layout of the buildings. You will be able to see the remains of houses, remains of columns from a sanctuary, mosaics within a small atrium, a bath, a toilet, and other remains.

Are you interested in exploring these UNESCO World Heritage Sites in Tunisia? Taking a Tunisia tour is the best way to explore these amazing sites with remarkable cultural and historical heritage.

At Mosaic North Africa, we offer many Tunisia tours that visits these amazing sites or we can custom design a Tunisia tour that includes the sites you want to explore.

Contact us to speak with one of our travel experts and we will be happy to plan your Tunisia tour to visit some or all of the UNESCO World Heritage Sites in Tunisia.