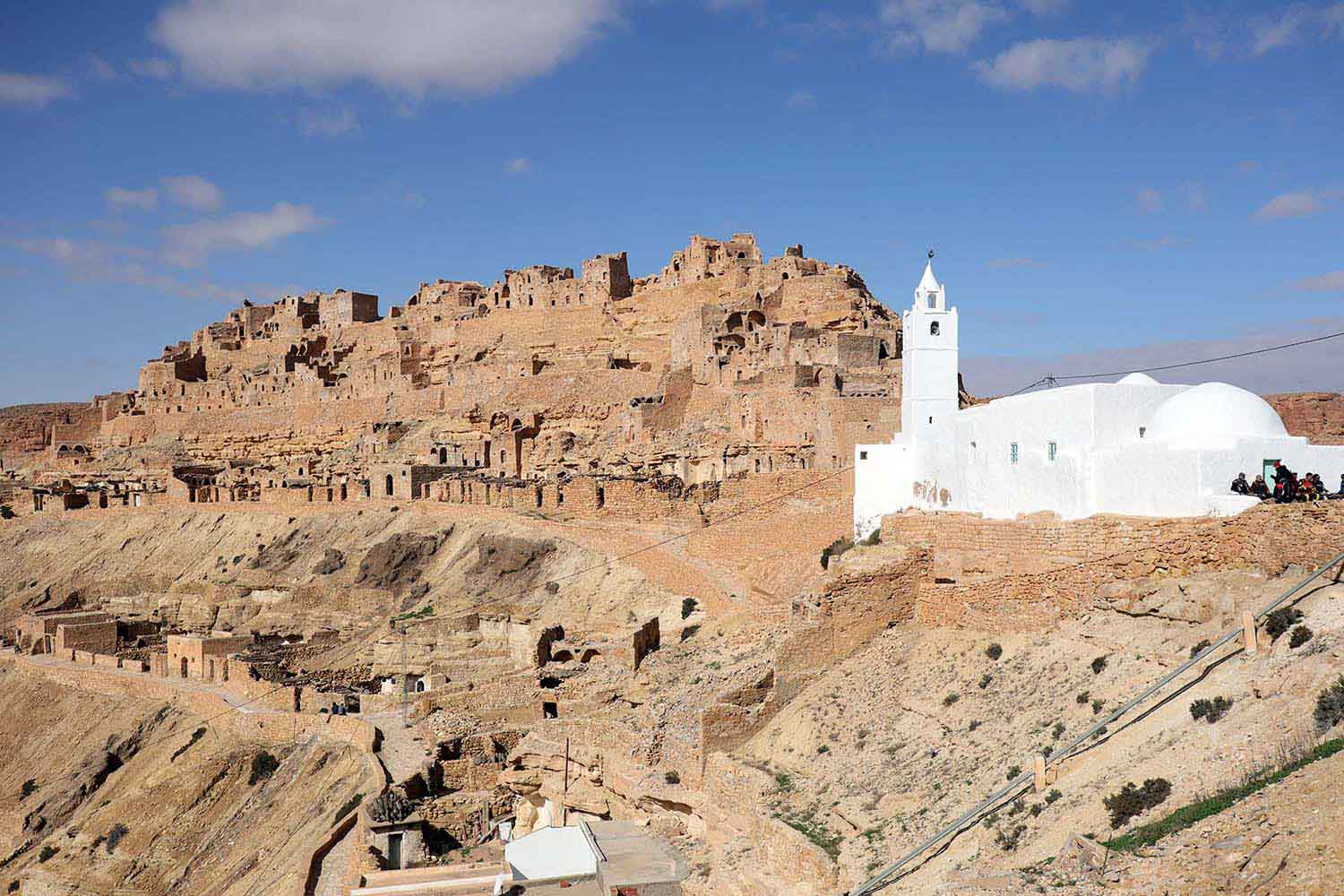 A Brief History of Chenini in Tunisia

Chenini in Tunisia is a ruined Berber village located 16 kilometers west of Tataouine. The Ksar is immediately catching the eye, the mosque and its minarets rising as high as the blue sky. The inhabitants of Chenini are the Berbers Zenata. Ever since Roman times, they have been occupying these areas of the southern plateau as far as Algeria. With the arrival of Hilalian, they were the first to retreat to the Ksar built during 590 after Hijrah (this is late 12th century). Chenini benefited from the protection of the tribes Ouled Yacoub, Ouled Debbab and Ouderna. Wars won in the Djebel valley were not sufficient; the Chenini population had to enter the Ferch plain and accept to mix with the Bedouins. The French protectorate placed the Chenini inhabitants together with those from Douiret at the lead of the Berber district and gave them large pieces of land in the region of Dahar.

The Ksar is the most imposing building in the city. Some of the oldest parts are already in ruins. During the excavations there has been an ancient inscription discovered bearing the clear marking of: 590 after Hijrah (1193). This means that the Ksar is indeed very old and at least one part of it has been constructed after the invasion of the Hilalian in 1100.

Be sure to spend an hour or two with a guide exploring this ancient settlement. There is a restaurant offering panoramic views of the town and is a great place to relax with a cup of tea.

If you are interested in visiting Chenini in Tunisia, our travel experts are happy to assist you to plan an unforgettable Tunisia tour.