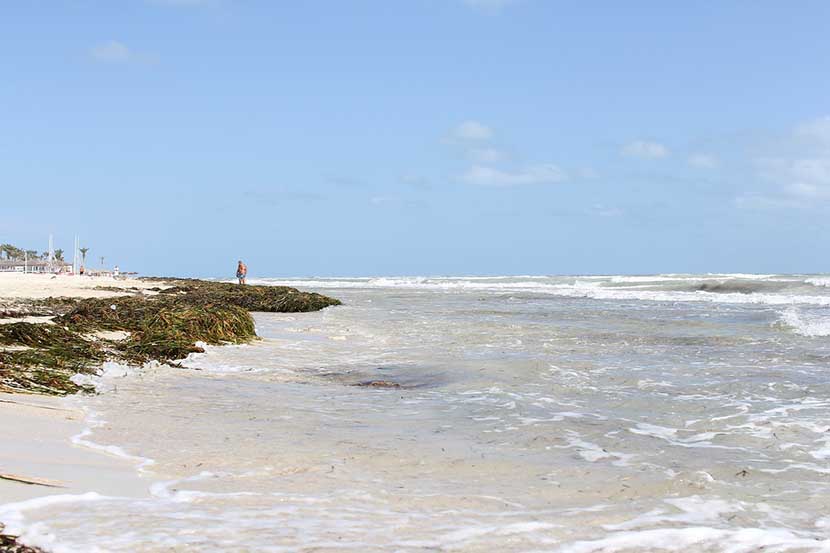 Djerba Island covers an area of 514 sq. km and is the largest island in Northern Africa. Situated in the Gulf of Gabes, off the coast of Tunisia, the island is 120 km away from the Libyan border and is surrounded by the warm waters of the Mediterranean Sea.

Getting to Djerba Island

Getting to Djerba is quite easy as the island has its own international airport “Melita”. There are regular flights from Tunisia and Europe. The island itself is connected to the mainland by an ancient Roman road. This lovely piece of land is filled with ancient and exotic spirit.

According to Homer, this is the perfect place to relax. It is also believed that the lotophagi (lotus-eaters) lived here. The lotophagi have been depicted by the poet in his “Odyssey“. The legend says it was Odysseus and his crew that landed on this coast and enjoyed the relaxing effect of the lotus fruit. According to another legend, it’s namely in Djerba that the beautiful nymph Calypso has imprisoned Odysseus for seven years so she can enjoy his caresses and attention.

Djerba’s main city is called Houmt-Souk and its population is around 70,000 people. The island is also known to be the home of the most ancient synagogue El Ghriba that is 26 centuries old. The majority of the population is Muslims and they are considered highly ethical towards other religions. There is also a small Jewish community still residing on the island, although it has significantly diminished over the years.

As far as the history of Djerba goes, it was the Carthaginians that were the first to establish trading relationships with Djerba in the 8th century BC. It was the Romans, however, that placed the foundations of the trading post – Meninx in the 2nd century BC. The island has been invaded many times by Arabs, Berbers, Sicilians and the Spanish. They all seek to establish control over the fertile lands of Djerba. It was in 1881 that the French overpowered a significant part of the island as part of a deal with the British. Under French ruling, the locals have been truly protected by their enemies.

In the 1950s, Djerba being part of Tunisia celebrates the independence of the Tunisian Republic after it won its freedom from the French. The island is famous for among tourists with its town Ajim that was used in 1977 as the settings for Mos Eisley, the home of Anakin Skywalker from Star Wars.

An interesting fact is that the island’s construction of high buildings is prohibited. As far as architecture goes, most of the hotels are built in the traditional style of local homes – square white buildings with domed roofs. This type of construction is emphasizing on how much the people in Djerba are respectful towards traditions.