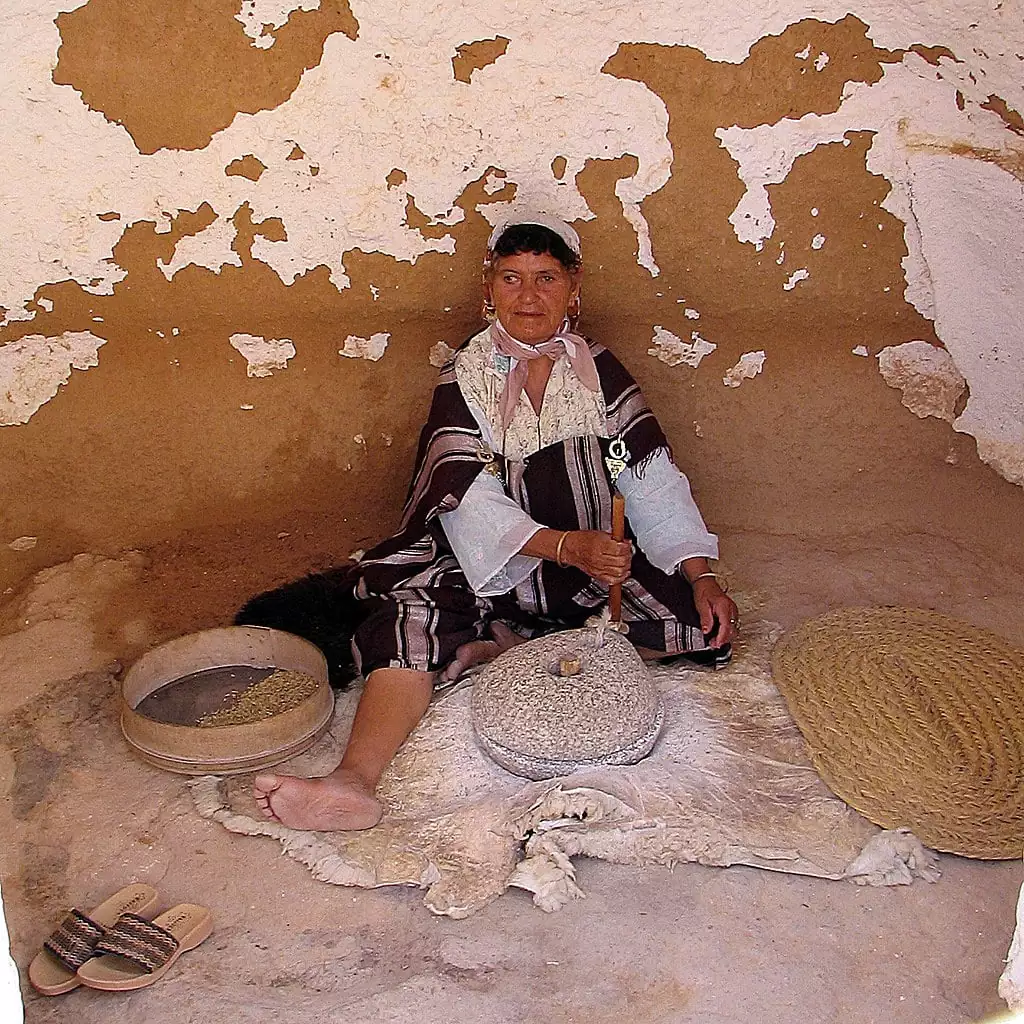 The Berber culture in Tunisia is said to be the oldest culture in the region. The roots and tradition are some of the most ancient and still practiced today. In 2011, Tunisia held the inauguration of the Tunisian Amazigh (Berber) Culture Association. It’s the first association focus on the Berbers and the Amazigh culture in Tunisia. The association has the purpose to preserve the Berber villages, culture, and language that hasn’t completely vanished from Tunisia.

The Berbers have always been a vibrant minority with a concentrated population in the southern parts of Tunisia around the cities of Matmata, Tamezret, Zeraoua, Taoujout, and Toujane.

Traditionally, the Berbers in Tunisia lived in troglodyte homes which are strategically built underground to escape the summer heat. It is amazing how these underground homes can create their own natural air conditioning during the summer and also naturally warms up during the winter. While visiting Tunisia, you will want to visit Matmata where you can step inside traditional troglodyte homes in Matmata. You can also spend the night in a troglodyte hotel in Matmata to experience it firsthand. It is also no wonder that the world-class film director George Lucas featured a Tunisian troglodyte home as Luke Skywalker’s home.  You can visit this Star Wars location in Tunisia which is located in Matmata. Our popular Star Wars Tunisia 8 Days Tour visits all of the Star Wars locations in Tunisia.

The Amazigh language is incredible and spoken in various dialects. Therefore, during the various gathering of the Association, there are discussions for the creation of a standardized version of the language to be instituted for all Amazighs. The official number of Tunisian Amazights, who speak Tamazight language is 1% of the whole Berber population scattered in the towns of Matmata, Tataouine, and the island of Djerba.