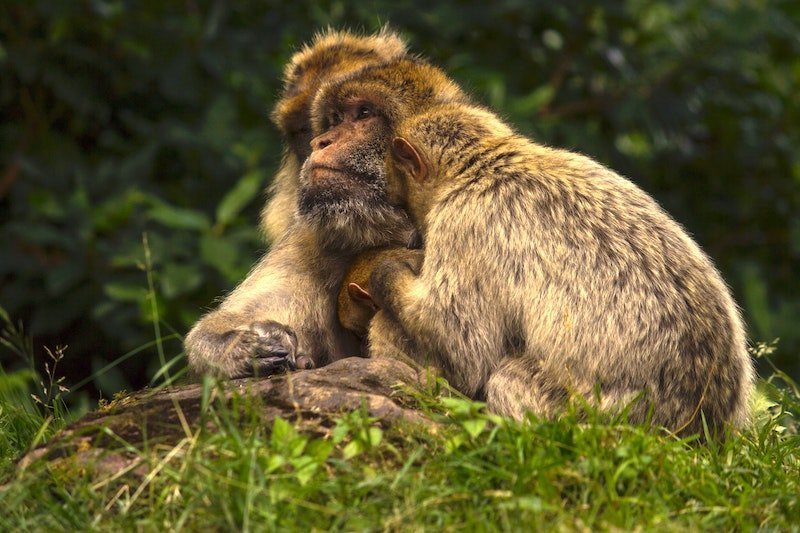 The Barbary apes, also called Barbary macaques, are the only macaque living on the African continent in the wild. The Barbary apes are originally from Morocco. They is found in various Moroccan areas like the cedar forests in the Middle Atlas Mountains, close to Azrou, the lakes of Igoulmamneau in the Middle Eastern Atlas Mountains (Djabal Tazaga) generally at an altitude between 1200 and 2000 kilometers, and in the Ahansel and Akhacham gorges north of the central High Atlas.

The climate of these regions offers significant variations: hot, dry summer, cold, and snowy winter. This is an exception to the monkey breed as the Barbary ape is the only species to be able to live in such climates. The Barbary ape has adapted to the climate variations:

The Barbary apes are currently an endangered species and is classified as such by the International Union for Conservation of Nature (IUCN) and is listed as protected species by the national legislation of Morocco. The wild population is estimated at about 20,000. The Moroccan Primate Conservation Association is trying to protect the species by conducting various activities. If you happen to see a Barbary macaque during your trip to Morocco, you will be amazed at how great this animal is.