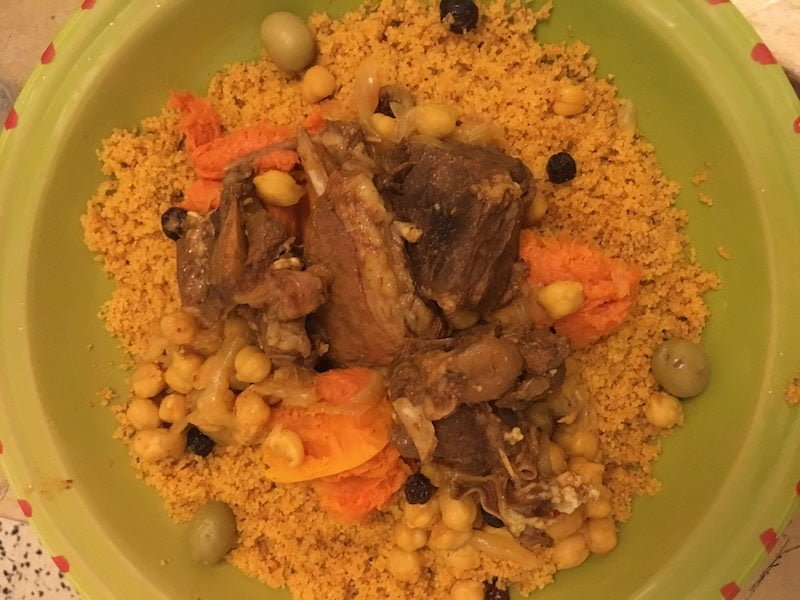 The cuisine in Tunisia is a blend of Mediterranean cuisine and foods unique to the region. Below are the best 5 Tunisian food which are considered staples of the Tunisian diet.

Tunisia Harissa is often the starting appetizer side dish that is a part of every meal and pairs well with many Tunisian food. The dish is made of garlic, cumin, olive oil and dried chilli peppers. Harissa is also cooked in most Tunisian dishes.

It is a baked casserole of egg, meat (lamb, veal or chicken) and spices such as cinnamon or coriander. Here is a Tunisian Tajine recipe we recommend if you’re interested in cooking this at home. This is not to be confused with the Moroccan tajine which is more like a stew cooked in a clay pot.

It is considered the country’s most prominent meal which is normally served with various meats, peppers, chick peas, potatoes and carrots.  Tunisian couscous is made of finer grains than many other forms of couscous and often harissa is added. You may be interested in this Tunisian Couscous receipe that we highly recommend.

Ojja is a spicy stew made of small sausages of meat, olive oil, garlic, peppers, tomatoes, harissa and egg. There are different meat variations which include lamb, beef or seafood. Ojja is typically served with hubz (bread) used to dip into this stew. Tunisians typically enjoy a spicy ojja with a nice kick to spice things up, but many restaurants can also serve it mild. Just be sure to let the server know when ordering at a restaurant.

Makroudh is a sweet Tunisian dessert that is made with honey and has a date filling on the inside. There are many different variations that can contain hazelnuts or almonds. Makroudh is particularly famous in the Kairouan region of Tunisia. Eating makroudh will often result in sticky fingers from the honey glazing on these delicious pastries, but it is definitely worth the effort and the mess to try!